Ellen Burr is a masterful flutist who explores new directions in music. Her enthusiasm, coupled with over thirty-five years of experience and a multi-faceted career, has won her worldwide acclaim in performance, teaching, improvisation and composition.

Ellen Burr is a masterful flutist who explores new directions in music. Her enthusiasm, coupled with over thirty-five years of experience and a multi-faceted career, has won her worldwide acclaim in performance, teaching, improvisation and composition.

As an energetic and entertaining flute performer, Ellen strives to broaden the sound capabilities of the instrument while challenging the notions of what a soloist can achieve. Her dedication to promoting improvisation and contemporary classical music is also reflected in her numerous and diverse ensemble appearances. Jim Santella of Cadence Magazine said of Ellen′s unique approach to her instrument and music: "[…] creative artists such as Burr, who turn the flute into a tool for exploration, give their audience a wide range of aural experiences." 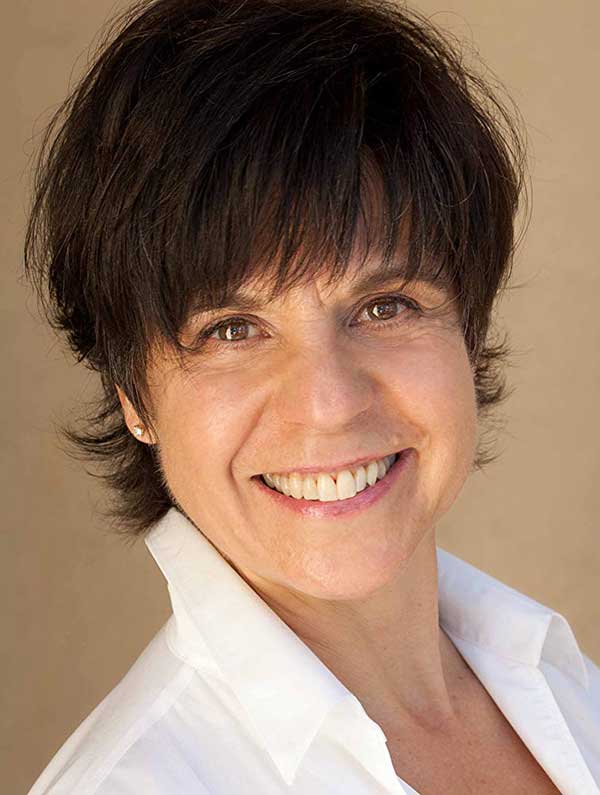 Ellen's solo debut was with the Topeka Symphony when she was sixteen, and she has since been a soloist with orchestras throughout the United States, appearing with the Friends of Music Orchestra in Pasadena, CA; the Santa Monica Chamber Orchestra in Santa Monica, CA; the Overland Park Orchestra in Kansas City, KS and the Wichita State University Orchestra in Wichita, KS. Ellen has premiered numerous new works by contemporary classical composers as varied as Roberto Sierra, James Tenney, Alba Potes, Phillipe Bodin, Daniel Rothman and David Avshalomov. Additionally, Ellen Burr performs regularly with the Los Angeles Flute Orchestra, Adam Rudolph's Go: Organic Orchestra, Composer's Ensemble of Los Angeles and her own quartet Kaleidoscope, and she has played in a duo with bassoonist Sara Schoenbeck, with Wolfgang Fuchs, Mark Dresser, James Newton, and Yusef Lateef; and with Steuart Liebig′s Minim and Stigtette, Brad Dutz′s Nonet, Vinny Golia's Flute Quartet, LoCal Composers Ensemble, Rarebirds with Steve Burr and Dirt Tribe rock band among others.

As leader of her own multi-disciplinary improvisation troupe, "The LA Collective", Ellen brings together strictly classical musicians with improvising musicians, dancers, actors, videographers and poets to develop an improvisation style that mixes indeterminate and structured improvisational forms. She is also interested in exploring notation to express an idea of structure and movement that can intermediate all the real time performing arts.

Ellen draws inspiration from the Fluxus art movement and the esthetics of many great video artists and concrete poets. This early influence shows through her many collaborations with fellow improvisers and various theater and dance troupes.

She has performed and composed for numerous films, television and radio shows, chamber music, dance, theater and opera, and has had over fifty of her compositions performed in the United States and Europe. She has written dance scores for Tina Mantel, now Director of Dance at the Zurich University of the Arts; Heidi Duckler of Collage Dance Theatre, Katja Biesanz of Dance Theater, and Anet Margot Ris, former dancer with Rudy Perez; and theater scores for William Fisher, now Dean of Theater at Ohio University in Athens, OH. In 2008 she presented a full production of her opera Five, featuring five singers and five instrumentalists, at the Electric Lodge in Venice, CA. She is a current member of ASCAP, American Composers Forum, American Music Center, Music Teachers' Association of California (MTAC) and the National Flute Association. 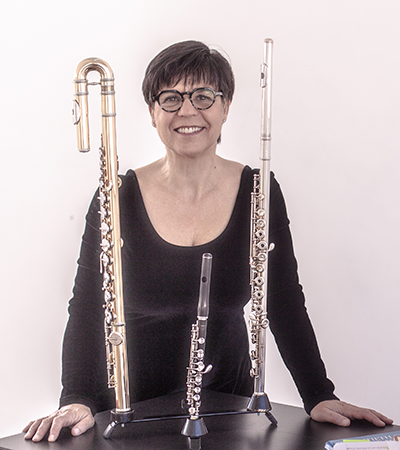 Ellen Burr is featured on more than twenty CDs spanning eighteen years, in styles as diverse as experimental classical and Celtic folk. "Duos", a CD of her own compositions and improvisations with various musicians, was released in 2006 and has received airplay and reviews around the globe. A Subito grant from American Composers Forum helped complete Duos. Ellen is a multiple grant recipient, having received an additional Subito grant for her production of FIVE, as well as a Composers in Residence grant from Meet the Composer.

Ellen′s passion for teaching began when she took on her very first private students, and for more than thirty years she has been bringing her distinctive teaching style to students around the world. She encourages a respect for technique coupled with exploration and discovery. Ellen gives instruction on extended flute techniques, electronic effects, free and melodic improvisation, theory, expression and rhythm; as well as lectures on practice planning, nerves, stage presence, creative business and financial planning for freelance artists, money matters, networking and even preparing fast and inexpensive meals for working musicians! She has been in residence and presented master-classes at California Institute of the Arts, Wichita State University, University of Mary Washington in Fredricksburg, VA, the National Flute Association Annual Convention, Internales Symposium de Darstellenden Kunste in Switzerland, Pacific Flute Camp, Wildacres Flute Retreat and Amadeus Flute Camp. Recent workshops include: Improvisation Workshop at the Electric Lodge and Music Improvisation Workshop-Turn on Your Creativity! with Howard Richman and Florence Mercurio Riggs at Guitar Merchant in Canoga Park, CA.

Ellen Burr maintains a busy private teaching practice in Los Angeles. Her students have held positions in California state bands and orchestras and have won numerous local solo competitions including: Kiwanis Club, Brentwood Symphony, Marina Women's Club, Palisades Symphony Annual Young Artists Award and Westside Committee of the Los Angeles Philharmonic Scholarship. They have gone on to attend prestigious universities such as Boston Conservatory, Peabody Conservatory, University of Southern California and State University of New York at Buffalo. In addition to teaching, Ellen has been coaching and adjudicating student competitions and chamber music since 2004. She is presently a coach for Junior Chamber Music and a judge for Music Teachers' Association of California's Certificate of Merit.

Ellen has been conducting student and professional groups since 1986. She is currently the conductor of the Los Angeles Flute Orchestra and the LA Collective. She will conduct a flute choir reading session at the National Flute Association's 2010 Annual Convention in Anaheim, CA.

Ellen is a Yamaha Performing Artist and a Smart Music Clinician. Ellen earned a Bachelor of Music degree in Flute Performance from Wichita State University, where she studied flute with Dr. Frances Shelly and composition with Dr. Walter Mays, began exploring free improvisation under the direction of Dr. Arthur Wolff and participated in classes with visiting artists John Cage and R. Murray Schafer. She went on to receive a Master of Fine Arts degree in Music Composition from California Institute of the Arts, studying with Pulitzer Prize winner Mel Powell, Earle Brown, Morton Subotnick, Vinko Globokar and Stephen Mosko. Ellen has also studied flute with Jim Walker, and has participated in master-classes with William Bennett and Michel Debost. In addition, she was awarded the coveted Certificat de Stage after studying with Jean Pierre Rampal at the Academie Internationale D'Ete in France.

In 1997 Ellen was the subject of a feature article, “Teaching Self-Awareness,” in Flute Talk, and has since been a contributing editor to the magazine. Her series of articles spans a variety of subjects such as "Being a Casual Musician," "The Trick to Staying Fresh With a Full Teaching Load," "Building Confidence," and "Building a Studio." Ellen is also a new music reviewer for the Australian ezine Flute Focus. Under her own EClectic Buzz label, she has written and published Syukhtun, a solo flute composition featuring singing and playing at once; Flutastics, an extended techniques method book; Intervallic Studies on Symmetrical Scales, a 250 page exercise book; and Ink Bops, an improvisational graphic card deck. Ink Bops is included in Notations 21, an anthology of innovative musical notation, edited by Theresa Sauer and published by Mark Batty (New York, 2008).

Born in Buffalo, NY and raised in Detroit and Kansas City, Ellen came from a loving but decidedly non-musical family. At age ten, to avoid a social studies class, she took up flute in the school band and quickly developed a love for the instrument and a direction for her life. Ellen's busy and eclectic career reflects the very whimsical way in which it began.

Ellen's unbridled creativity is extends to her line of silver and gold jewelry made from flute parts and other instruments, called Music For Your Eyes. Musicians and music lovers alike covet Ellen's unique handmade designs. Her work is available at www.musicforyoureyes.net.

She currently lives in Venice, CA with her husband Steve Burr, their cat and her two lovingly hand-raised parakeets.